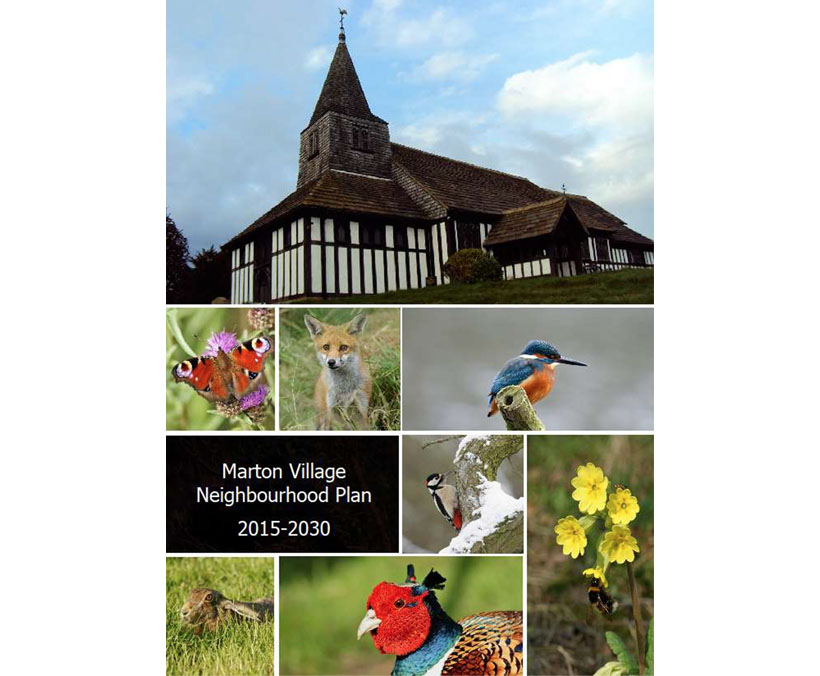 The small, dedicated group were one of the first communities in Cheshire to prepare their Neighbourhood Plan, which we assisted with by helping to develop the policies and justification, and prepare their accompanying documents for submission.

Lucy, CCA’s in-house Community-Led Planning Officer, explains: “The Marton Neighbourhood Plan was completed relatively quickly, with the referendum taking place in October 2016. The community were very much in favour the plan, with 93 per cent of those who voted, voting in support of it.  The Neighbourhood Plan was then officially ‘made’ in November 2016.

“Thanks to their Neighbourhood Plan, in 2017 the community were successfully able to overturn an appeal decision, which was recovered by the Secretary of State. Land in the village at School Lane, for 27 dwellings, was originally allowed on appeal, but was recovered by the Secretary of State because the appeal involved a proposal for residential development of over 10 units in an area where a qualifying body had submitted a neighbourhood plan proposal to the local planning authority: or where a neighbourhood plan had been made!

“We’re currently helping the group with their Neighbourhood Plan review and update, and it is anticipated that it will be the first in Cheshire to be successfully updated later in 2020!”